Brad McLelland grew up in the spooky backwoods of Louisiana and Arkansas and spent several years working as a crime journalist in the South before moving to Oklahoma. In 2011, Brad earned his MFA in creative writing from Oklahoma State University, where he met Louis Sylvester, his writing partner on the Legends of the Lost Causes series and other upcoming books.

Published in 2018, Legends of the Lost Causes became an instant regional bestseller and earned Brad and Louis the 2019 Oklahoma Book Award. The second book in the series, The Fang of Bonfire Crossing, was published in 2019 and earned a Finalist position in the national Western Writers of America Spur Awards contest. Their third book in the trilogy, The Key of Skeleton Peak, released in March 2020.

Brad is a proud husband to a 4th-grade teacher, stepdad to a superhero gymnast, and foster dad to three furry friends: a mini-Aussie who likes to give hugs, a lazy lap cat who begs for ham, and a blind, piano-playing kitty named Ophelia who’s more popular on Twitter than he is. Brad’s favorite holiday is Halloween, and he claims he once saw a ghost in the woods while camping with his friends (though no one ever believes him).

Brad loves face-to-face and virtual school visits! Contact him at bradmcbooks.com to discuss a visit to your classroom!

About the Legends of the Lost Causes series 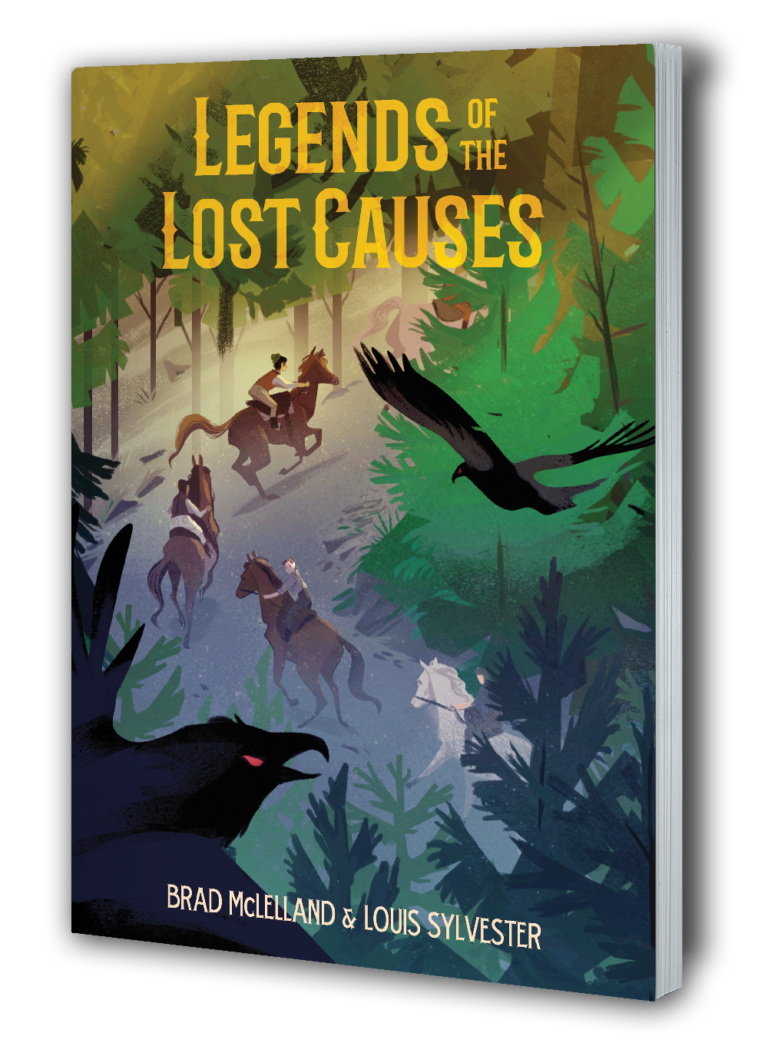 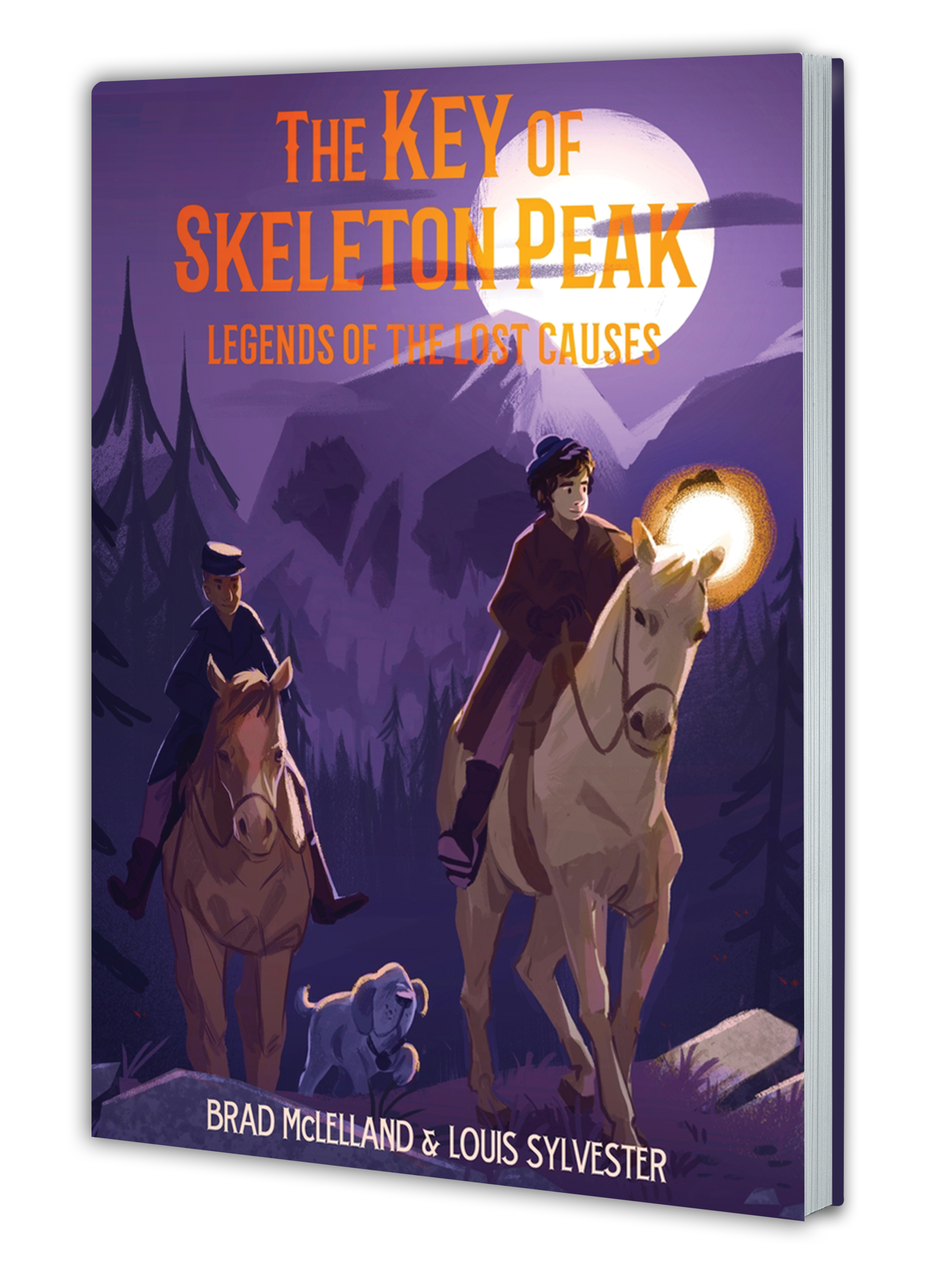 Book 1, Legends of the Lost Causes

Winner of the 2019 Oklahoma Book Award!

The thrilling first book in a middle-grade fantasy action-adventure series set in the Old West, about a ragtag team of orphans who must fight off the risen dead

A band of orphan avengers. A cursed stone. A horde of zombie outlaws. This is Keech Blackwood’s new life after Bad Whiskey Nelson descends upon the Home for Lost Causes and burns it to the ground.

With his home destroyed and his family lost, Keech will have to use the lessons he learned from Pa Abner to hunt down the powerful Char Stone. Luckily, he has the help of a ragtag team of orphans. Together, they’ll travel through treacherous forests, fight off the risen dead, and discover that they share mysterious bonds as they try to track down the legendary stone. Now, it’s a race against the clock, because if Bad Whiskey finds the stone first. . . . all is lost.

Book 2, The Fang of Bonfire Crossing

Finalist for the 2020 Western Writers of America Spur Award!

Dark magic meets the Old West in The Fang of Bonfire Crossing: Legends of the Lost Causes, the second book in the rip-roaring middle-grade adventure series filled with scrappy heroes and diabolical villains.

Keech Blackwood and his band of fellow orphans demand justice for their fallen families. But the road to retribution is a long and hard-fought journey.

After defeating Bad Whiskey Nelson, the man who burned Keech’s home to the ground, the Lost Causes have a new mission: find Bonfire Crossing, the mysterious land that holds clues to the whereabouts of the all-powerful Char Stone. Along the way they’ll have to fend off a shapeshifting beast, a swarm of river monsters, and a fearsome desperado named Big Ben Loving who conjures tornadoes out of thin air. It’s an epic standoff between the Lost Causes and the outlaw Reverend Rose, a powerful sorcerer who would be unstoppable with the Stone in his possession.

With the world—and vengeance—hanging in the balance, the Lost Causes are ready for battle.

Book 3, The Key of Skeleton Peak

Dark magic meets the Old West in this third and final installment of the Legends of the Lost Causes, as a group of vigilante orphans go head-to-head against an outlaw sorcerer in pursuit of an ancient and powerful magical artifact!

Keech Blackwood and his fellow Lost Causes have won their share of battles, but the war against the ruthless sorcerer Reverend Rose still rages on.

This time, the Lost Causes face their most perilous trial yet: stopping Rose and his henchmen from retrieving an ancient, powerful object that would help return him to his full, frightening strength. As the vigilante orphans race to the dangerous depths of Skeleton Peak, the sight of the magical object, they’ll have to outmaneuver Rose’s most faithful—and menacing—ally: an inhuman creature spawned by darkness and shadow. But ever in pursuit of justice and vengeance for their fallen families, the Lost Causes won’t give up without a fight.

Praise for the Legends of the Lost Causes series

“This is a fun and exciting story, written with the utmost respect for the Osage culture.” —Wah-Zha-Zhi Cultural Center

“A rip-roaring adventure . . . filled with cowboys, magic, and a horde of undead villains that’ll have you hunkered down in your bedroll, turning pages long after the campfire has died down.” —Heidi Schulz, author of the New York Times bestselling Hook’s Revenge

“A rollicking adventure filled with mystery and magic that crackles like a brush fire.” —Emma Trevayne, author of The House of Months and Years

“Thrilling, dark, and full of heart, this is a Western like none I’ve ever read. I loved it.” —Stefan Bachmann, author of The Peculiar and The Whatnot

“McLelland and Sylvester imbue the adventure with a Louis L’Amour-esque flair refreshed for today’s readers by the thoughtful incorporation of American frontier history and Osage culture.” —The Bulletin of the Center for Children’s Books 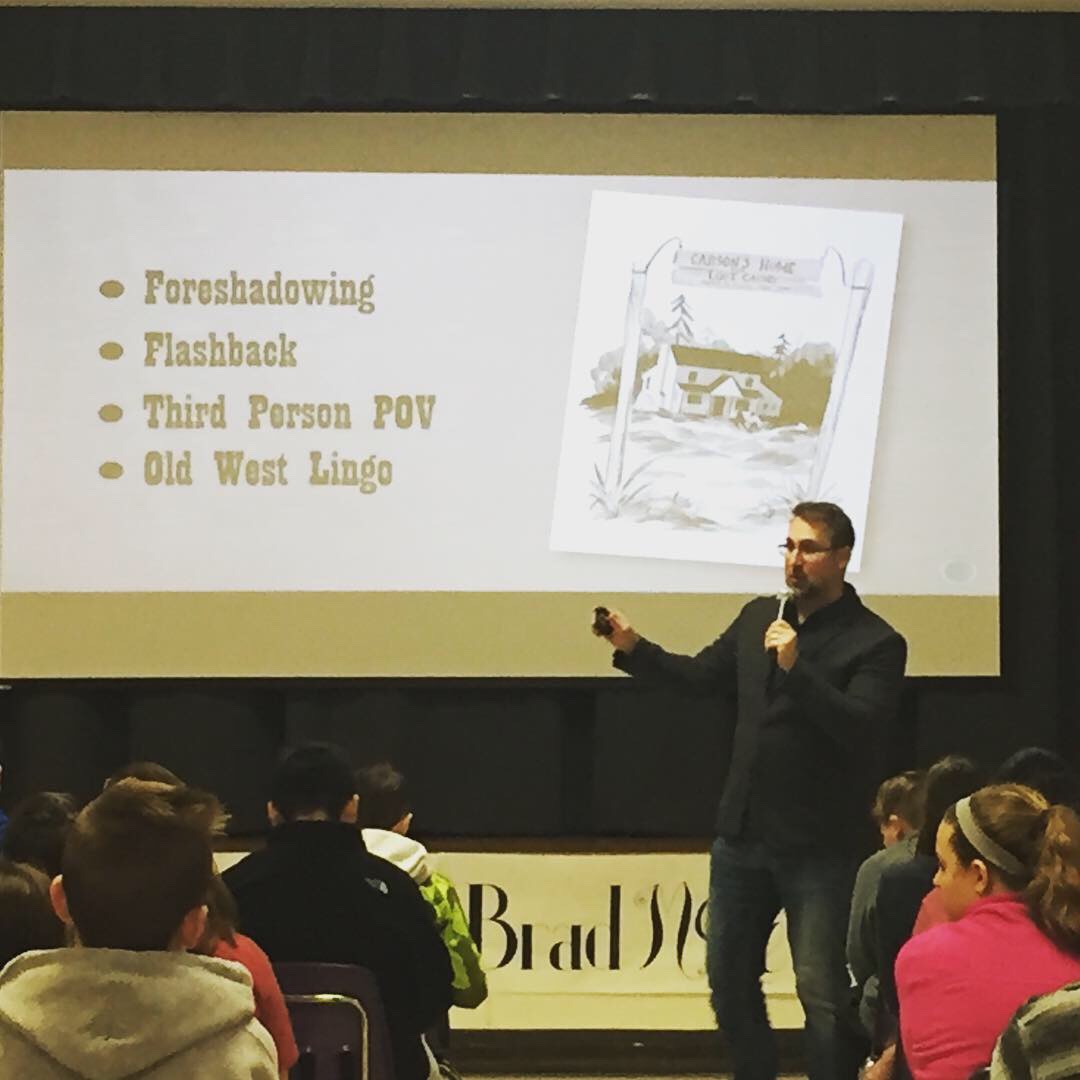 “I highly recommend Mr. McLelland to discuss his novels and promote reading and writing. The students will gain worthwhile and memorable information from him. He genuinely cares about schools and students and wants to share his experiences and knowledge with them. He is relatable with his easy going personality, and he wants to connect with every single student.” —Stephanie Adler, Library Media Specialist, Sequoya Middle School, Edmond, OK

“Brad interacts very well with the students and keeps them engaged while building enthusiasm about his books. Definitely invite Brad to visit with your school. His love for writing and sharing ideas is contagious!” —Sherry Giddens, Librarian, Mayberry Cultural and Fine Arts Magnet Middle School, Wichita, KS

“Brad McLelland is the consummate author presenter to student audiences. He relates beautifully to them in his large-group presentations and goes into more detail about the writing process in his small-group discussions. He answers any and all questions with humor, honesty, and sensitivity. He takes time with each student as he signs books, engages them in conversation, and takes individual pictures.” —Caradith Craven, Librarian, Central Middle School, Edmond, OK