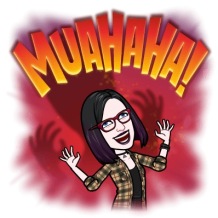 KIM VENTRELLA is the author of THE SECRET LIFE OF SAM (Fall 2020, HarperCollins), HELLO, FUTURE ME (Aug. 2020, Scholastic), BONE HOLLOW and SKELETON TREE. Her works explore difficult topics with big doses of humor, whimsy and hope. Kim has held a variety of interesting jobs, including children’s librarian, scare actor, Peace Corps volunteer, French instructor and overnight staff person at a women’s shelter, but her favorite job title is author. She lives in Oklahoma City with her dog and co-writer, Hera. Find out more at https://kimventrella.com/ or follow Kim on Twitter and Instagram. After meeting you and taking your advice I want to become an author now! — Kiara, 5th grade 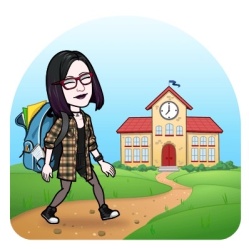 One of my favorite things about being an author is inspiring students to create their own stories. I would love to visit your students in grades 3-8 to get them excited about reading and writing. My large group presentations are full of humor, adorable dog photos and my TOP 7 WRITING TIPS! Students will…

I also offer hands-on workshops for small groups on the following topics: Order signed books from Full Circle Bookstore (405.842.2900). Call the store and ask to special order a signed book. They can even be personalized upon request.

Download my new Book Club Kit including activities for all four books!!!

I’m beyond excited to announce my latest middle grade novel, THE SECRET LIFE OF SAM, coming out with HarperCollins on 9.29.2020!!! 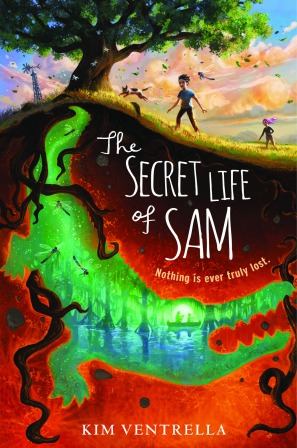 How far would you go to be with the people you love—even after they’re gone?

After Sam’s dad dies in a car accident, he’s shuttled off to the dusty town of Holler, Oklahoma to live with a long-lost aunt. He misses everything about his old life—fishing in the swamps, drinking warm cans of Orange Crush and, especially, listening to Pa weave his famous tall tales.

He hates everything about Holler, with its empty fields and dead grass, until he encounters a strangely familiar cat who leads him to a mysterious tree—a portal through which Sam can revisit his old life for a few minutes at a time, and be with his Pa once more.

Sam’s visits to the bayou become stranger and stranger. Pa’s old stories unfold around him in beautiful but sinister detail, and Pa is not quite himself. Still, Sam is desperate to find a way for them to stay together—until he learns the bittersweet lesson that sometimes loving someone means having to say goodbye.

Check out the cover reveal at MG Book Village.

Coming in August 2020 from Scholastic Press, it’s HELLO, FUTURE ME!!! This book has been a true labor of love, and I couldn’t be more excited to share it with the world. It includes a ton fun, quirky elements, like a town that’s totally obsessed with Bigfoot, a flying garden gnome, a magical junk shop, true love and so much more!

Check out my interview, and cover reveal, for HELLO, FUTURE ME on Mr. Schu’s blog: http://mrschureads.blogspot.com/2019/09/hello-future-me-by-kim-ventrella.html 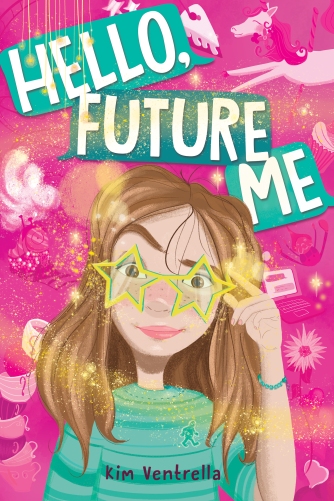 Eleven-year-old June is a problem-solver. Some people might call her a busybody, but that’s okay. Just look at all the couples she’s helped find love! (Grateful newlyweds Marlene and Big Vic have even promised June free hot chocolate for life at their café.)

However, when June learns that her parents are getting divorced, she has to face the fact that there are some problems too big even for her. At least, that’s what the adults in her life keep saying.

But June’s convinced there’s a way to make her parents fall back in love. While brainstorming ideas on her new secondhand laptop—purchased from a mysterious store in town called The Shop of Last Resort—June gets a strange IM from someone named JuniePie28 . . . someone who claims to be an older version of June messaging her from the future.

At first, she assumes it’s a prank. But JuniePie28 knows too much about June’s life to be a fraud, and future June warns her against interfering. But June can’t just sit around and watch her parents’ marriage dissolve, not when there’s a magical shop in town that could be the answer to all her problems! Will June prove her older self wrong and stop the divorce? Or will she have to accept that there are some things in life she can’t fix? 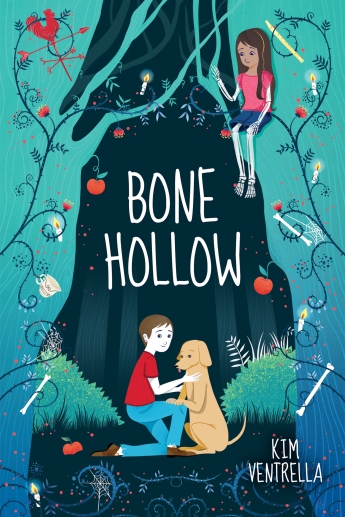 In Bone Hollow, death is only the beginning…

In retrospect, it was foolish to save that chicken. On the roof. In the middle of a thunder storm. But what choice did Gabe have? If he hadn’t tried to rescue Ms. Cleo’s precious pet, she would’ve kicked him out. And while Ms. Cleo isn’t a perfect guardian, her house is the only home Gabe knows. After falling off the roof, Gabe wakes up in a room full of tearful neighbors. To his confusion, none of them seem to hear Gabe speak. It’s almost as if they think he’s dead. But Gabe’s not dead. He feels fine! So why do they insist on holding a funeral? And why does everyone scream in terror when Gabe shows up for his own candlelight vigil?

Scared and bewildered, Gabe flees with his dog, Ollie, the only creature who doesn’t tremble at the sight of him. When a mysterious girl named Wynne offers to let Gabe stay at her cozy house in a misty clearing, he gratefully accepts. Yet Wynne disappears from Bone Hollow for long stretches of time, and when a suspicious Gabe follows her, he makes a mind-blowing discovery. Wynne is Death and has been for over a century. Even more shocking . . . she’s convinced that Gabe is destined to replace her.

Skeleton Tree author Kim Ventrella returns with the wisest, funniest, and most profound middle grade adventure you’ll read in this lifetime…or the next. 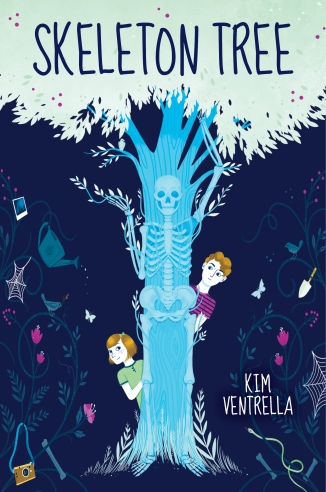 There are lots of things that grow in backyards. Bones aren’t one of them.

Twelve-year-old Stanly knows the bone is a little weird, but that’s okay, because now he’ll have the perfect photo to submit for the Young Discoverer’s Competition. With such a unique find he’s sure to win the grand prize. But, oddly, the bone doesn’t appear in any photos. Even stranger, it seems to be growing into a full skeleton . . . one that only children can see.

There’s just one person who doesn’t find any of this weird—Stanly’s little sister. Mischievous Miren adopts the skeleton as a friend, and soon, the two become inseparable playmates. When Miren starts to grow sick, Stanly suspects that the skeleton is responsible, and does everything in his power to drive the creature away. However, Miren is desperate not to lose her friend, forcing Stanly to question everything he’s ever believed about life, love, and the mysterious forces that connect us.

Stanly only stopped once to look back at the bones. Maybe it was his imagination, but he could have sworn the finger twitched. Like it wanted him to come closer. He remembered the feeling he’d had when he first saw the bone, like nothing would ever be the same again. The bone changed things, and no matter how hard he might try, he could never go back to before.

Plus, the U.S. version of Skeleton Tree has a flip book! Take a look: